5G will make a big impact on various fields and industries.

Let us talk about impact on Cloud VR and Education.

VR: Virtual reality, or VR, is a technology that lets you figuratively step inside a computer-generated 3D world. You can explore and sometimes even manipulate objects in that world. Imagine virtually stepping inside a video game, where the game world feels as real as the non-game world.

Using Google Expeditions Apps, you can visit over 1000 interesting destinations :

Most popular VR hardware are :

Cloud VR is a cloud-based solution that allows users to engage with virtual reality from their favorite device – no matter where they are in the world.

5G will enable every user to access Cloud VR. Experts expect 5G and Cloud VR will be primarily used for education and entertainment purpose!

Popular posts from this blog 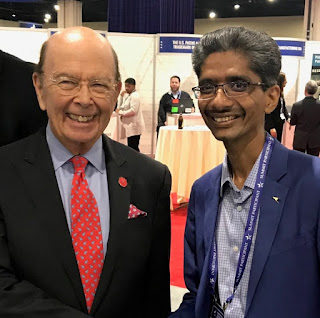 Fasten Your Seatbelts - We are going to take-off. Technology will accelerate the rate of change. Many people get baffled by the dizzying rate of innovation and technology changes. This article introduces two models to understand technology changes and social impact.  First model DTAC provides an effective way to comprehend technology revolution and also project future technology changes. The second model, TOST explains social & business impact. Let us first understand the DTAC model. Imagine that technology change is like a four storied building. Each floor is built on the foundation of the lower floors.  Level-1: Fundamental Driving Forces : At the base of the building, 1st Floor is the Fundamental Driving Forces (FDF) that fuels all technological changes. We will call it Drivers.  There are 3 Drivers currently shaping the technological revolution : 1) Internet Bandwidth 2) Computer Processing Power 3) Storage and Computer Memory Whenever paradigm shattering new breakthroughs are
Read more

World has always changed. But, now the speed of change is increasing. Change will become exponential in coming days.  Key trends in hotel & travel industry are: Automation. Traveler-led Customization Comfort and Security Tell me what trends do you notice in travel and hospitality industry? Give specific examples of new companies, products and solutions that will shape travel industry in coming 30 years.
Read more

What Will Happen When World Gets 100 Times Faster Mobile Internet? 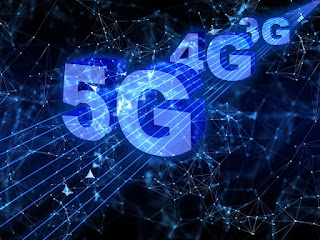 Our kids are addicted to mobile, internet and social media. We are all addicted. When addiction is commonplace, it becomes new norm! In just 25 years, humanity is addicted to little gadget in their hands! So, what will happen when you have 5G? What happens when internet is 100 times faster, lower latency and more reliable? Experts are predicting 5G use case scenarios in following areas : 1) Cloud VR/ AR - Big impact on Entertainment, Gaming, Travel & Education. Essentially, with 5g - cloud VR, you will be in remote village of India and you will experience as if you are in Harvard classroom! You will be remotely present on the cricket field during India - Pakistan world cup final match in the year 2031 in Australia. 2) Driver-less Car: Almost all car companies are making improvements in car so that cars can communicate with other cars, monitor traffic situations and drive itself. Autonomous vehicle will be big application of 5g. 3) Smart Grid: Energy sector will benefit immensely th
Read more